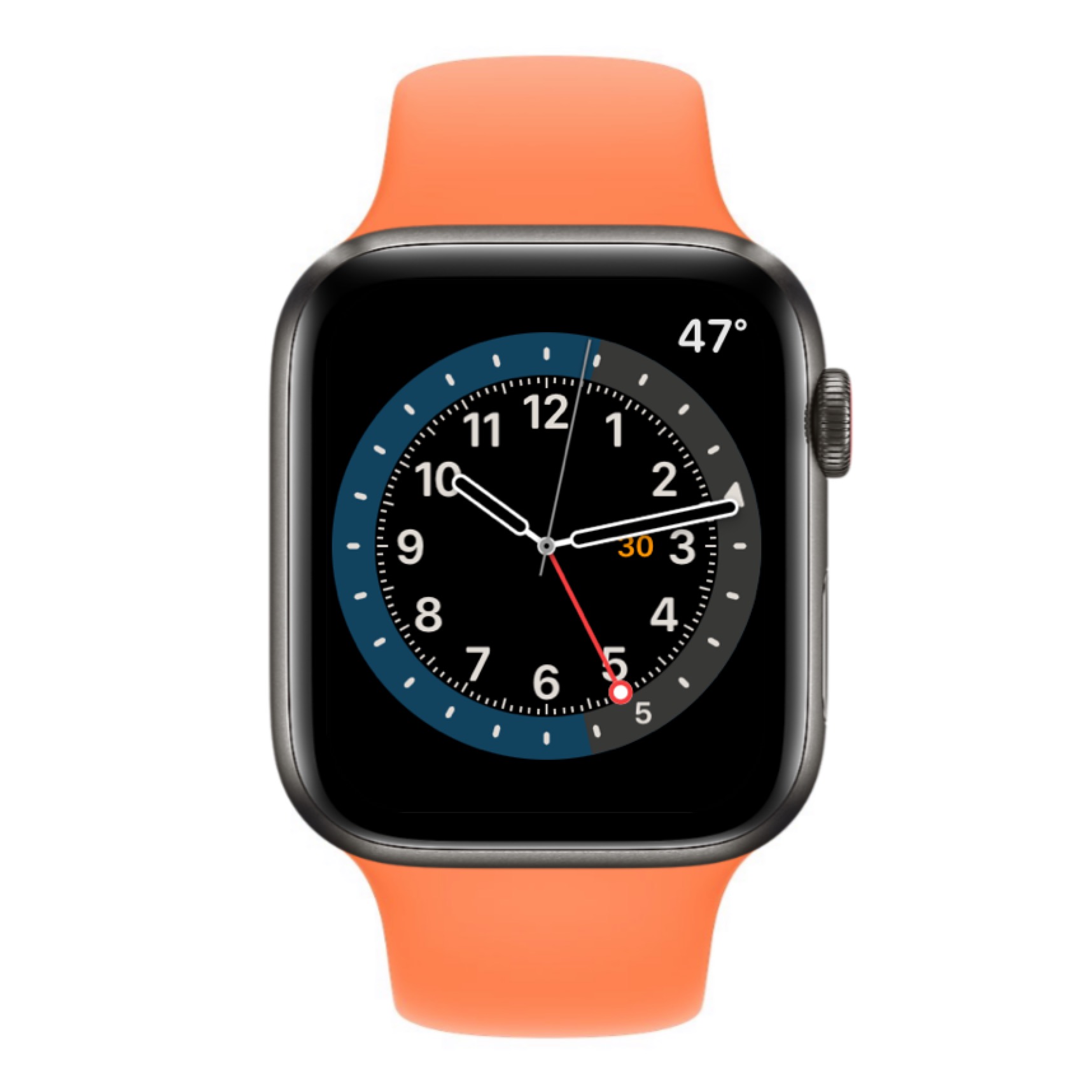 I’m a big fan of the GMT watch face added in watchOS 7. It perfectly balances beauty and utility. It lets me know at a glance what the time is on the east coast, without cluttering my wrist. 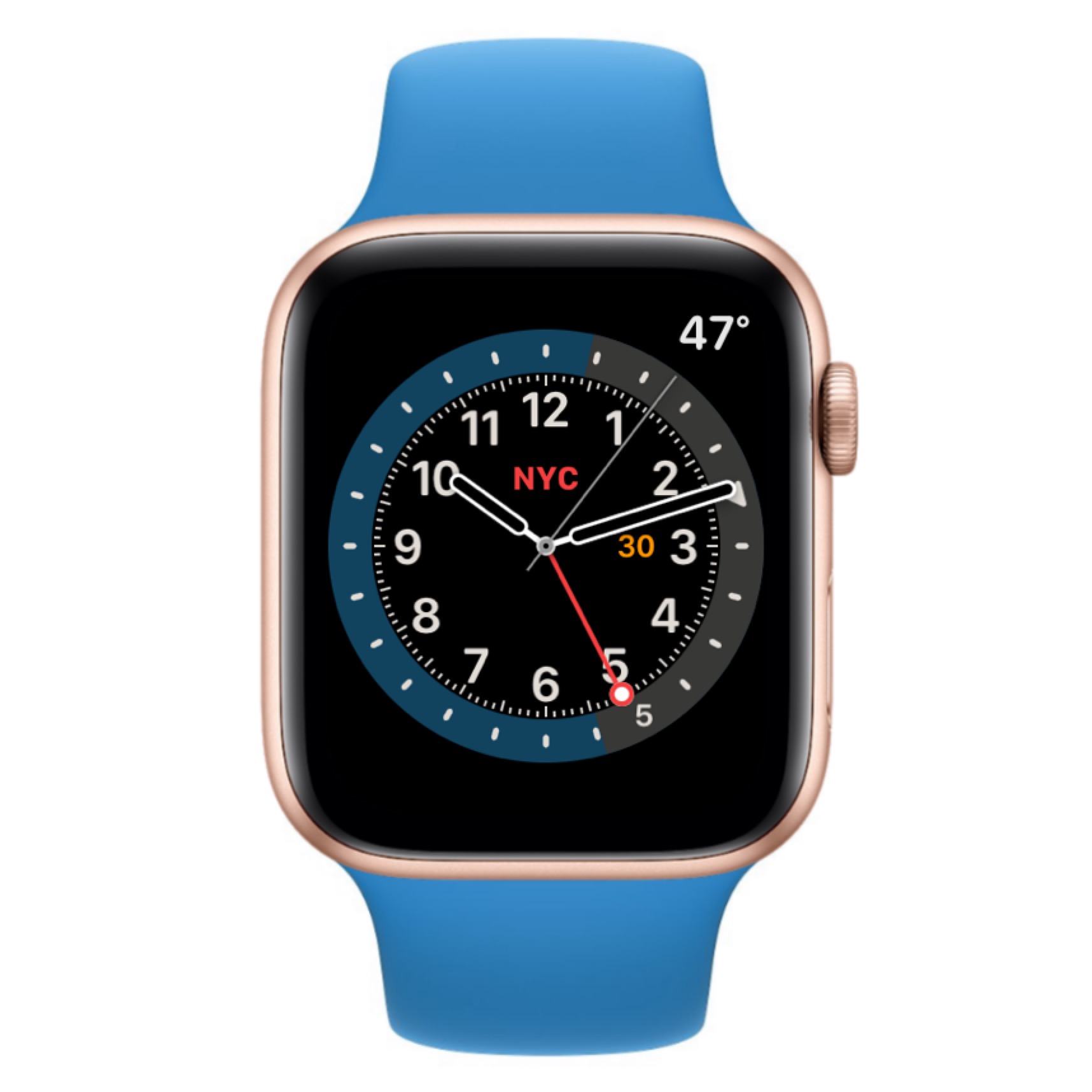 There is, however, something that really kinda annoyed me about the usual view of it. Usually it shows the abbreviation of the city you have selected for the bezel ring in the middle of the watch face. So in my case this typically said ‘NYC’. I can see why they do this, but it feels really unnecessary and ruins the aesthetic of the watch for me. I know it is New York because I set it to New York.

So I set out to see if I could fix this. The result (seen at the top of this article) looks so much better in my opinion. The process of achieving this, however, was a bit more involved than I would have guessed so I figured I share it here in case anyone else wanted to achieve the same look.

The GMT face appears to show a predefined set of locations plus whatever you have added into Clock app on your iPhone. So the first thing you need to do is add the location you want to show there. To make it easier to find the right city later on you may want to add a second city in the same timezone as your target, even if it already exists. 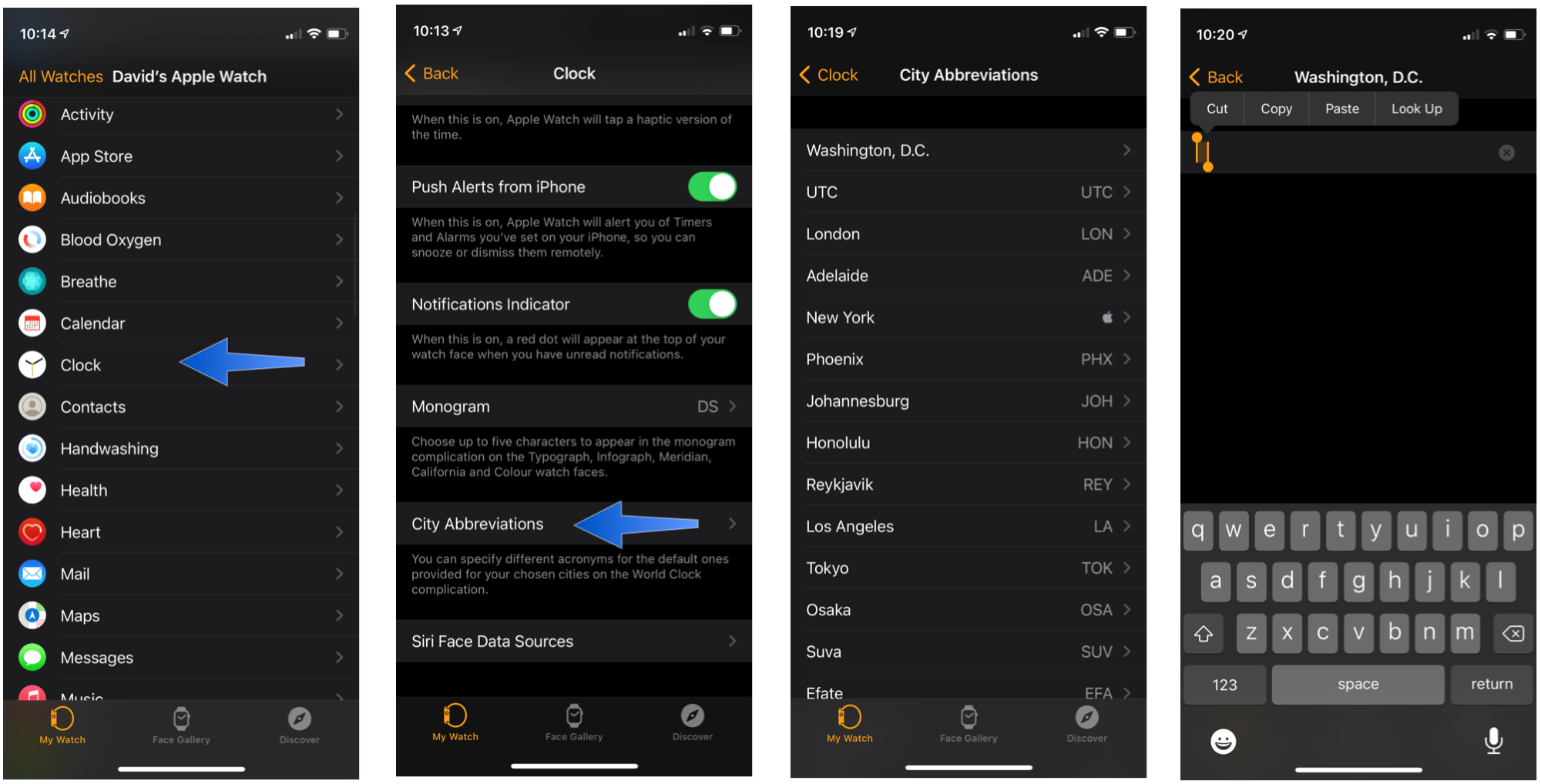 Next you need to open the Apple Watch companion app on your iPhone. Scroll down to Clock, then scroll again until you see City Abbreviation. Then choose the city you want to change.

The resulting text field won’t accept an empty string, so instead you have to put in a space (“ “) character.

This setting doesn’t accept Emoji, but it does accept certain typographic characters. For example, you can set the “” as the abbreviation for a bit of a ‘monogram’ look. 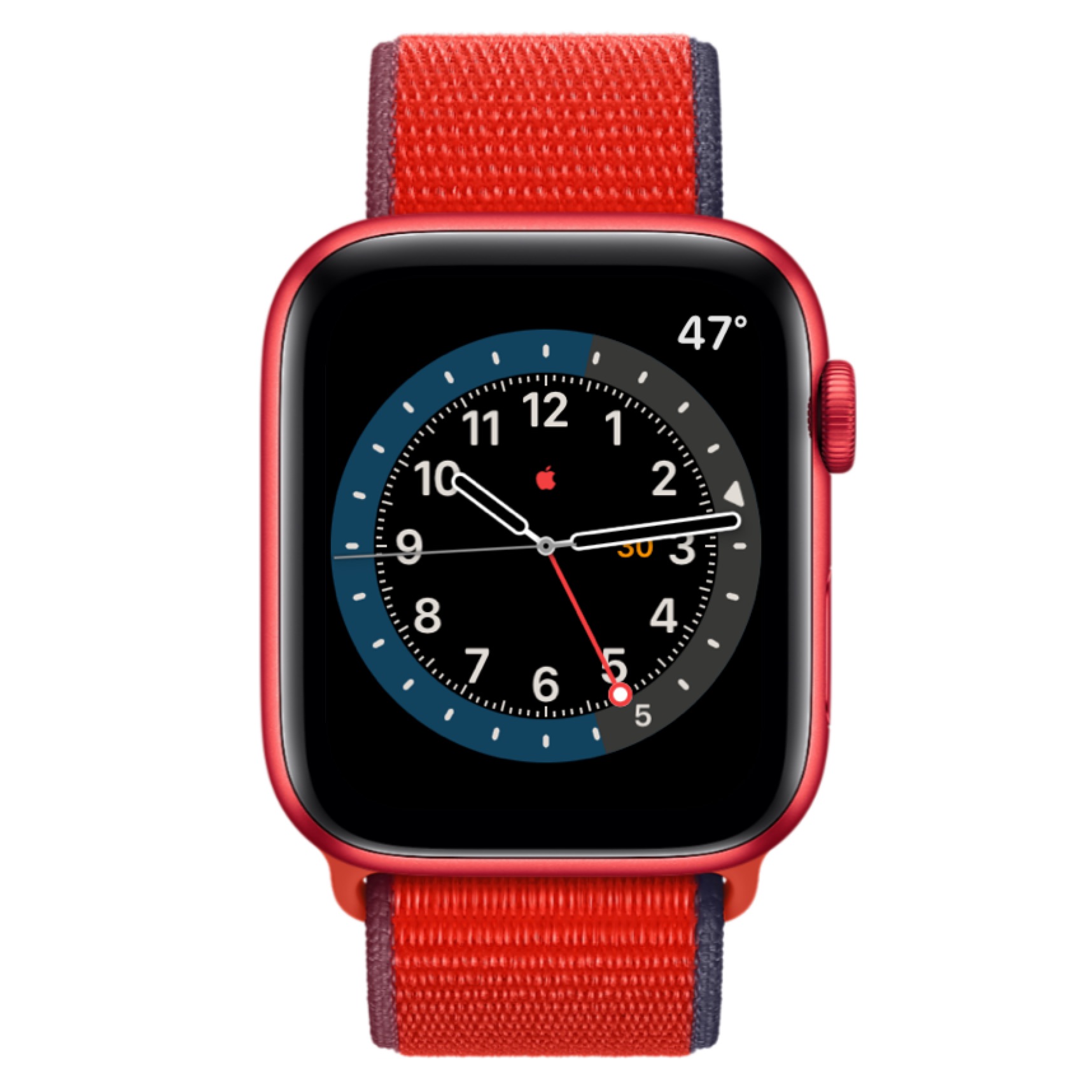 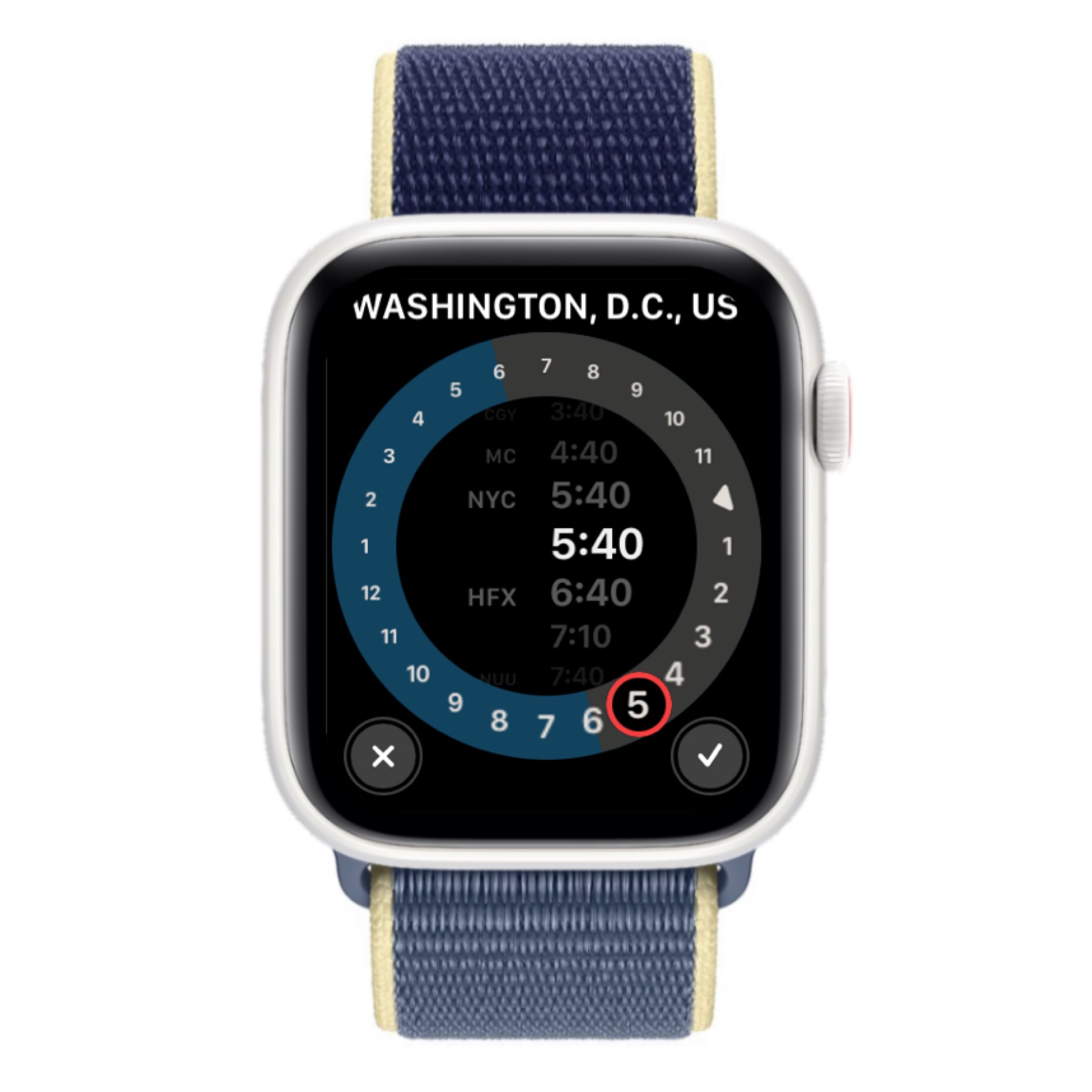 Now tap on your GMT watch face’s center and you’ll be shown an array of options. Scroll with the Digital Crown until your desired location shows up. As it has no name this can be a bit tricky, and so I that’s why in Step 1 I recommended adding a second city so that you can find that one, and then choose the blank with the same time.