It is no secret that I love analyzing statistics. Since 2013, I’ve maintained a statistics page for my Audiobooks app. This has provided me with countless insights into my customers and how I can best design my apps for their use. It also just makes some really pretty pictures:

Today I wanted to understand my Apple Watch users a bit better so I dug into the usage of my app Pedometer++.

It currently has around a 13% Apple Watch attachment rate amongst my users. I suspect this skews higher than the overall rate since Pedometer++ is a fitness app and the Apple Watch is a fitness tracker, but it provides a large enough sample size to give me useful insights.

These stats are based on active users of Pedometer++ and based on usage in early January, 2017.

First off, I was curious to see what the adoption rate was of watchOS itself. The upgrade process for the Apple Watch is exceedingly cumbersome and long, so I was worried that lots of users would lag behind and not be running the latest versions.

It turns out quite the opposite. For my users essentially all of them are running watchOS 3.1.x (96%), which is fantastic for me as an Apple Watch developer. 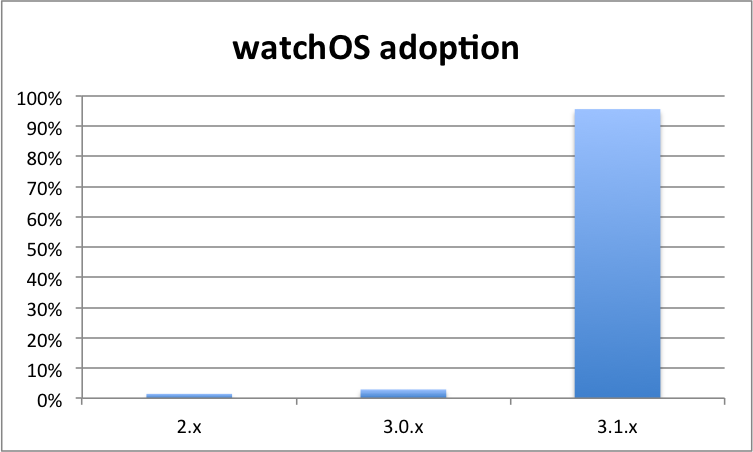 Next, I wanted to understand the distribution of sizes worn by my users. While supporting both sizes is an essential part of developing a watchOS app, it is still useful to have a sense for which size is more commonly used.

For my user base, the split somewhat favors the larger 42mm model (66%). 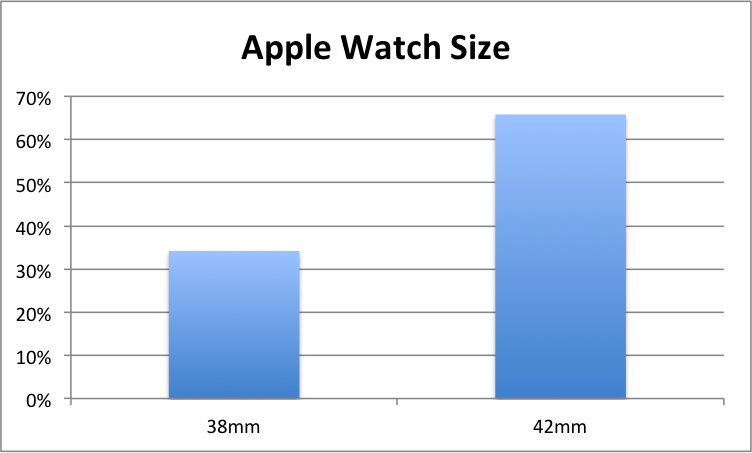 Lastly I wanted to get a sense of the split between the two possible CPU configurations. The first-gen Apple Watch featured a (rather slow) single core CPU, while the Series 1 and Series 2 have a (much faster) dual core CPU.

I was delighted when Apple elected to not keep selling the first-gen model when the newer ones were released, which I hoped would hasten the adoption of the speedier one.

That hope appears to have been largely realized. 43% of my users are running a dual CPU model. Since the first-gen was on sale for so much longer than the newer ones have been so far, I find this split quite promising. While I wish the dual cores were in the lead, I suspect they will soon overtake the single cores at this rate. 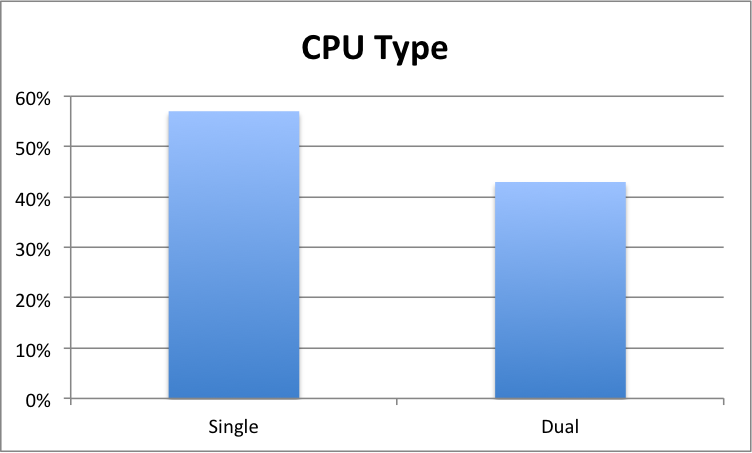 While not particularly useful from a development perspective, I didn’t think I could finish this post without a chart showing the breakdown by types…just for interest sake. 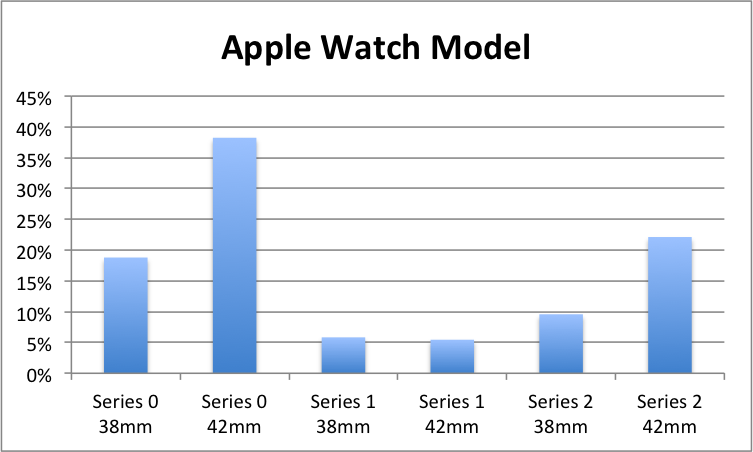 If you find this post useful and haven’t already, please consider taking a look at my wide array of Apple Watch apps and seeing if one or more of them might be of use to you.