6 years ago today my first app was selected by the App Store for a front page feature. In many ways that was the starting point for my independent career. Up until this point I’d only ever really thought of my apps as a side project. Something that I enjoyed making but never really thought of as a possible living. 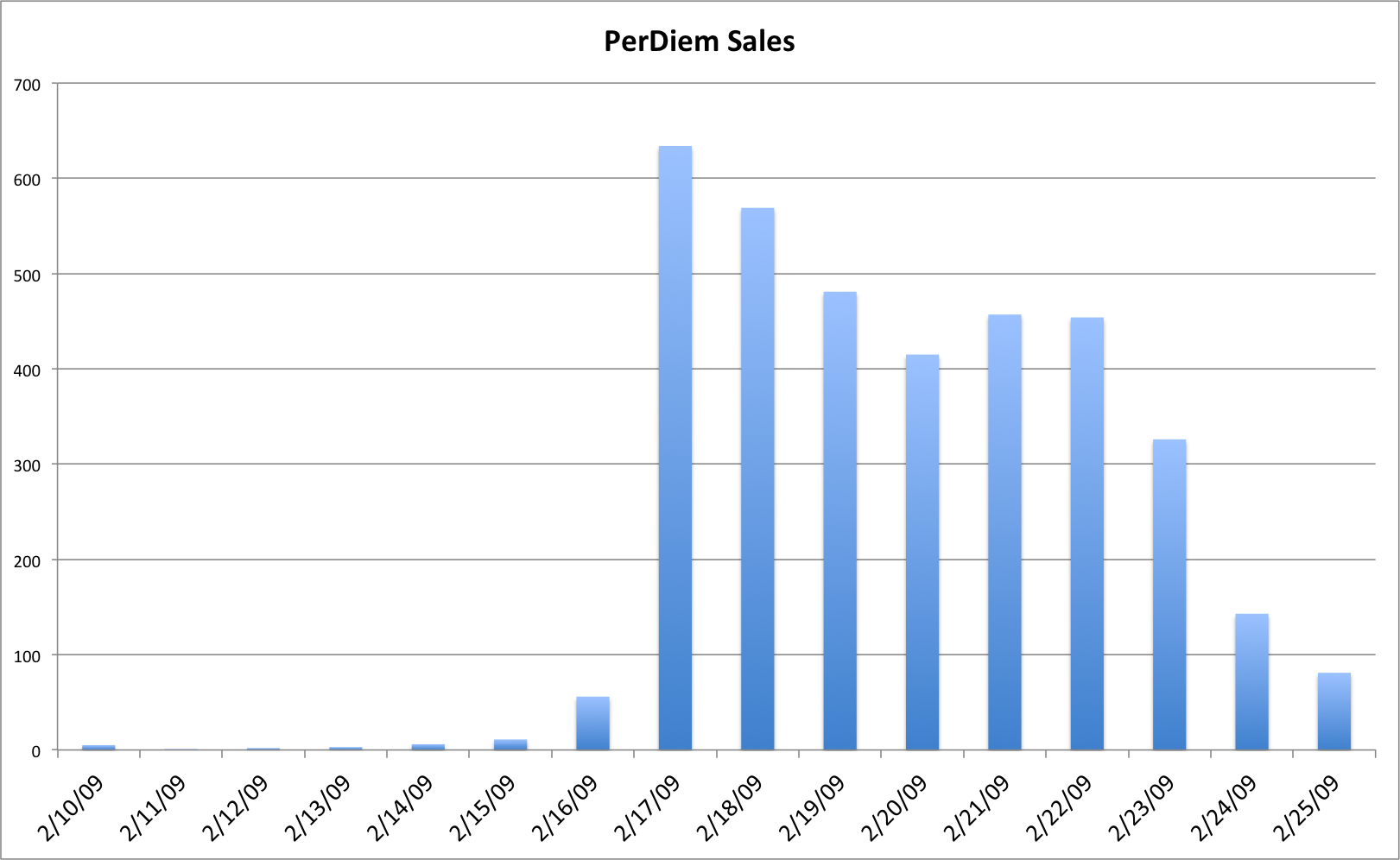 The sales would go on to slowly fade from there once the feature period ended the following week. However, my perspective on what was possible for me in the App Store had been forever changed.

I’d heard the get-rich-quick stories from the App Store’s early days but they felt about as far removed as a reading about a lottery winner. Now in my own small way I’d won the lottery.

The app, Perdiem FY09, only ever made a few thousand dollars over its lifetime. But it was this app that made me believe that a single developer could get noticed in the App Store.