Today I’m releasing a major update to my app Pedometer++. This app started life as a ultra minimalist proof-of-concept that met with far more interest than I’d ever expected.

Before writing Pedometer++ I didn’t really have any experience with writing Fitness apps or the specific quirks of this market. Here are a few lessons I’ve learned from having it out in the market for a few months and listening to the feedback I’ve received.

These lessons and feedback have really encouraged me to invest in this app. It is a rare thing for a software developer to know that what I’m building is tangibly improving the health and lives of my customers. I have to say, it is a great feeling. I’m very grateful that Apple added this to iPhone and really hope they continue to expand in this area moving forward.

So what’s in the new Pedometer++ 2.0? The update brings two major changes plus a few bonuses added in. 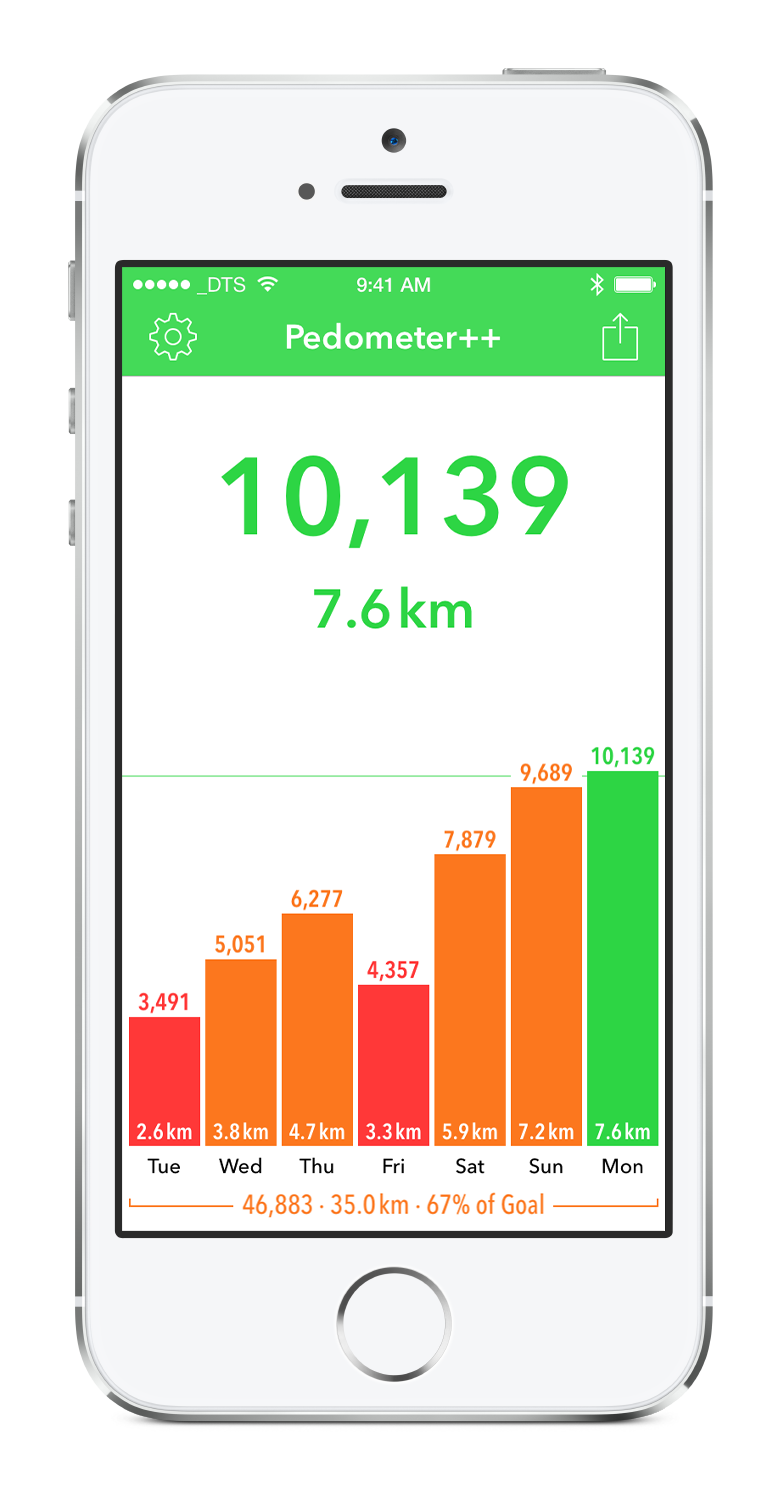